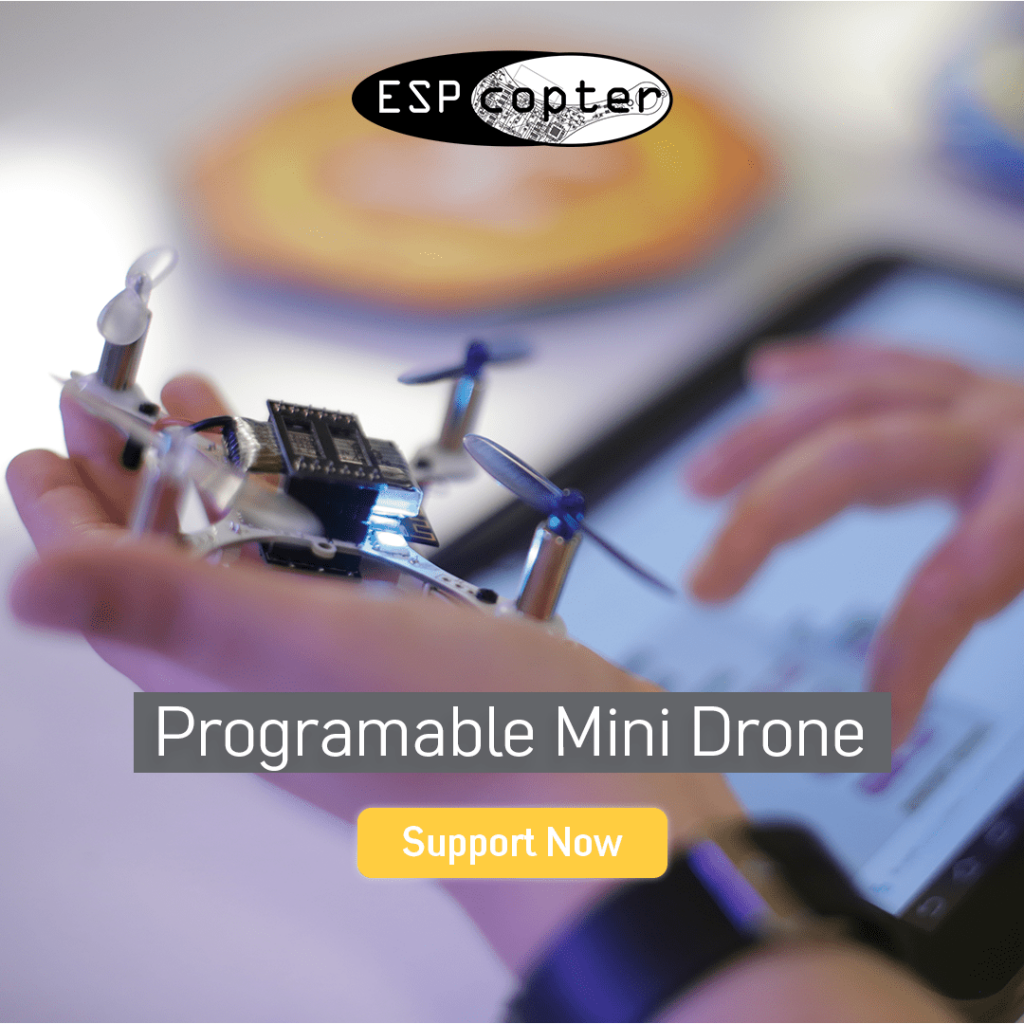 What is the best way to experiment with drones? One could purchase a large and expensive model, and potentially end up damaging it, property, or even themselves, or you could go for miniature drones that can be purchased cheaply and won’t cause as much destruction when they crash, but aren’t very capable. The ESPcopter, however, takes these tiny quadcopters to a new level control-wise, as a 35-gram flier that features a powerful ESP8266–12S module onboard. 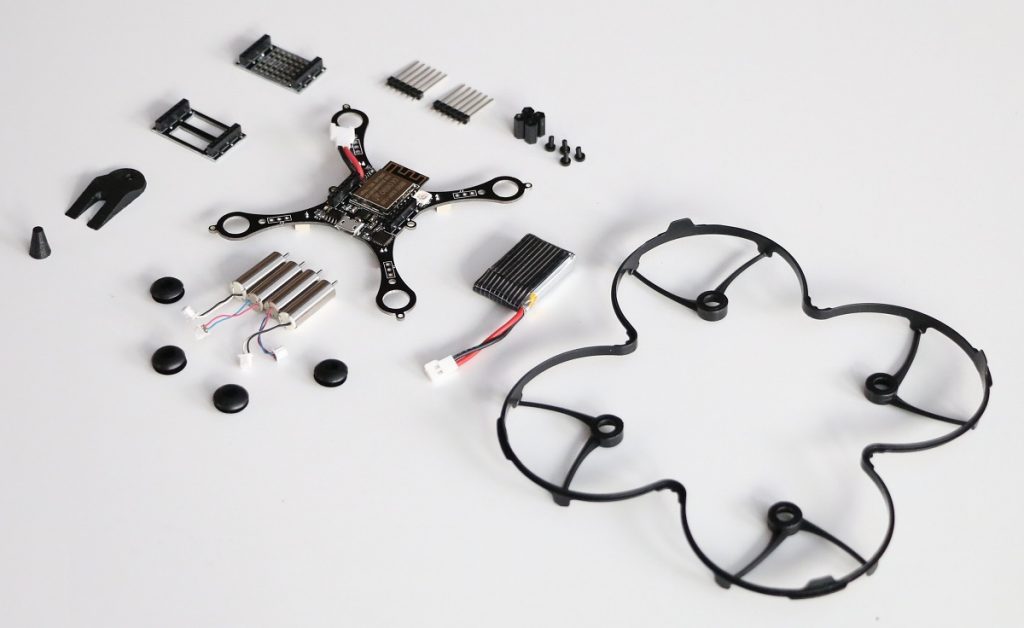 The use of the small yet powerful ESP module means that aside from having the ability to pilot it using a smartphone app over WiFi, it can be programmed to fly in distinct patterns, and flight can even be coordinated between multiple drones as seen in the second video below. Additionally, the setup lets you add expansion shields, including a number of sensors that help with navigation, or even sense temperature, pressure, and humidity, to check atmospheric conditions. Other expansion modules consists of a NeoPixel-style programmable LED ring, and a buzzer, enabling you interact with people or the environment from a distance. 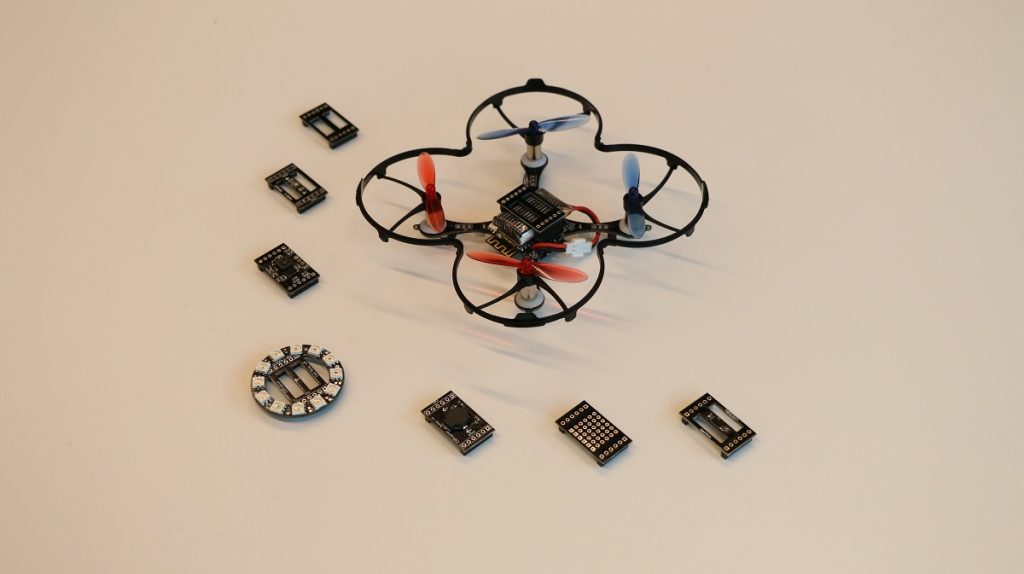 Drones can be programmed visually via a Blockly programming interface, Arduino, and more, allowing for experimentation and study on the emerging world of drone technology. ESPcopter is currently crowdfunding, with differing reward levels available depending on the expansion boards and quantity desired.