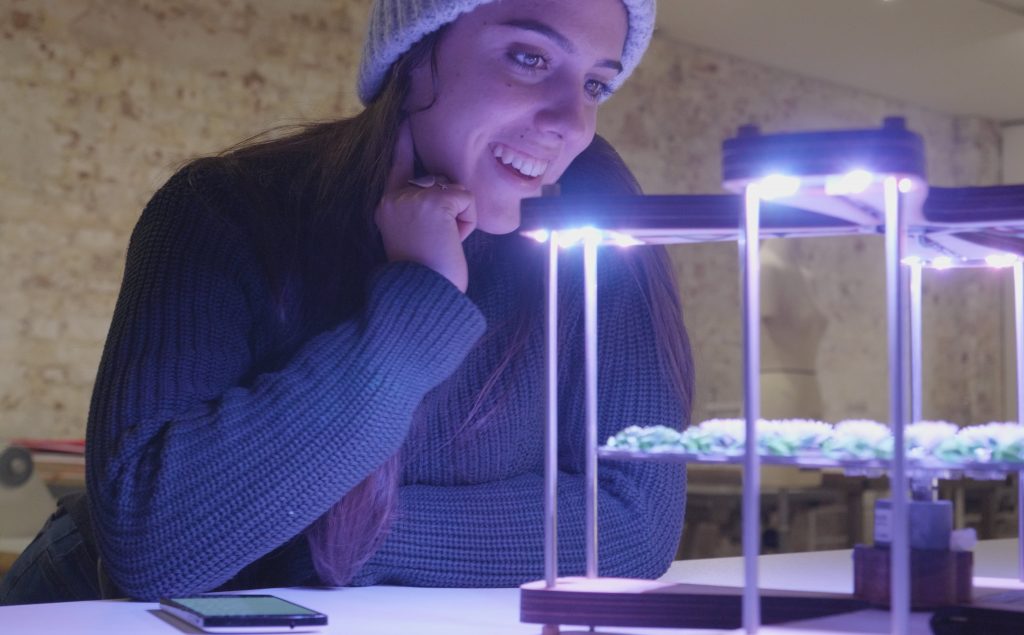 John Edmarks Bloom’s and Jeff Leiberman’s Slow Dance inspired me to make a 3D Zoetrope kit, and the ESP was my first thought for the controller. The RGB strobe lights and motor are controlled by a custom board with an ESP8266 – which connects to mobile apps (currently just Android, iOS to come) for control over colour, brightness (strobe duration) and carousel speed. There’s also a capacitive touch button at the front (although not in first prototypes) which allows for some functionality besides start and stop using long touch and double tap.

The strobes are timed by the ESP8266 reading the motor’s encoder output signals and triggering a strobe every 18 degrees (20 frames of animation) of carousel rotation.

We have two finished animations so far: Jumping Frogs

A refined version of the Fish animation is almost ready, as is our our Egyptian themed animation. There’ll also be a lego compatible carousel that you can attach mini-figures to.

We intend to sell 4-Mation kits in a range of models from a very DIY kit with everything except the frame and animation, for which you download files and laser-cut and 3D print respectively – through to a full walnut frame kit with finished animations as shown in the videos.

We’re building a community around people designing and sharing their own animations – and have a competition running at the 4-Mation Forum to start the ball rolling.