How to Hack a Simple Geiger Counter for… 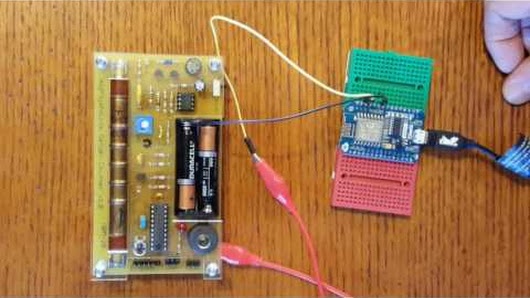 How to Hack a Simple Geiger Counter for IoT#CitizenScience
https://blog.adafruit.com/2016/12/06/how-to-hack-a-simple-geiger-counter-for-iot-citizenscience/

A Geiger counter is a handy device, but imagine adding its spikes to the internet, making it a super citizen science tool. _Surfdmountain_ , a snowboarder with a passion for Arduino, has done just that. He’s taken a MightyOhm DIY Geiger Counter and combined it with the power of an ESP8266-12E board to get the data to a website. Although he doesn’t have a tutorial yet (he is known by _dmainmon_ on _Instructables_ ), he does show most of the work on his two videos. Not only is this build able to get data to the web, but eventually _surfdmountain_ is hoping to have it solar powered, which makes sense given all his outdoor adventuring.

In the first video, you can see the functioning device, as well as the web page with its clear gaugesone for the level of radiation and one for the level of the battery. The second video highlights the cleaner version of wiring using headers with multiple rails to allow for different ESP8266 boards. There is the possibility of piggybacking the ESP8266 on the geiger counter or even adding an OLED display.